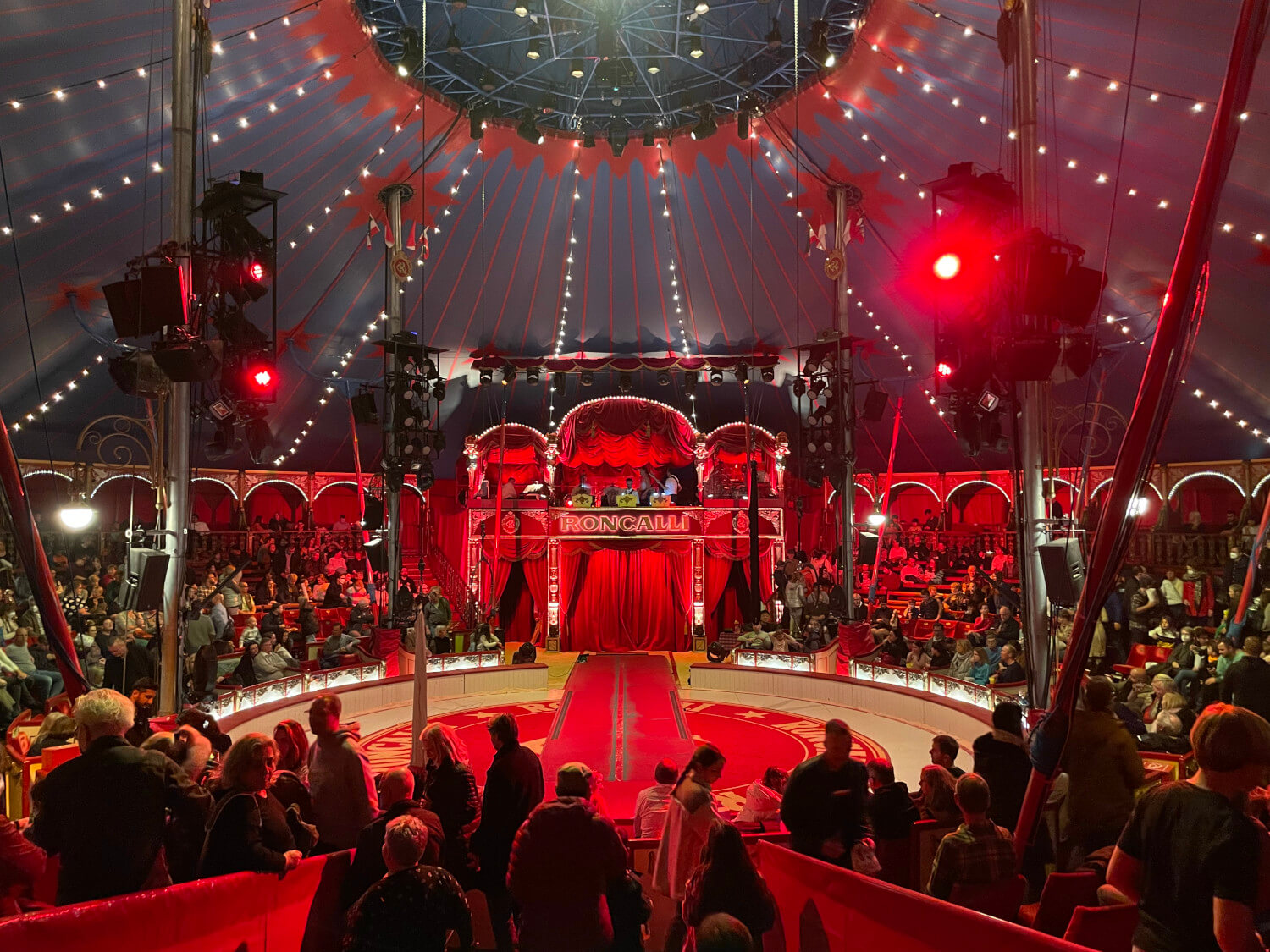 Circus Theater Roncalli – All for ART for all

It was time for the first circus visit of my life. So we took advantage of the tour of the Circus-Theater Roncalli and the stop in Frankfurt. The circus was founded in 1975, has been doing without any animal performance since 2018 and is still wildly good. Because circus always has something fascinating and magical about it. Whether in film or television, circus transcends generations and entertains people. As it was on this evening, when grandparents gathered with their children and grandchildren.

There was already a magic in the air beforehand, when the circus tent could be glimpsed from afar, enveloped in wisps of mist. Circus is simply retro and nostalgia pure and I can not even say why. Certainly influenced from the media and also movies like Dumbo, Water for Elephants or even more recently Nightmare Alley. Circus, fairground or funfair were the Facebook, Netflix and TikTok back then. The fact that this kind of entertainment still exists today is a nice distraction from the digital world that holds us in its embrace.

We enjoyed the show from the balcony lodge directly opposite the entrance and with a great view of the ring as well as, of course, the artists and performers. It was a good change between humorous interludes, acrobatics and artistic performances. The audience was also allowed to get involved from time to time and was actively included in the show. Thus a well-rounded overall program was created, which left nothing to be desired. Accompanied by an atmospheric soundtrack of the live band, not only tricks were shown, but rather stories were told.

The Roncalli Circus Theater also offered a lot of information and entertainment away from the main tent with exhibitions on earlier shows and the history of the circus. Of course, the well-being is further provided with food and drinks. It is an all-round carefree package for a perfect (family) evening. We certainly had fun and I thank my parents for letting me choose my first visit to the circus.

Fancy a trip to Germany? Then take a look at our trip through Germany here and see what else there is to discover and experience in the land of diversity.