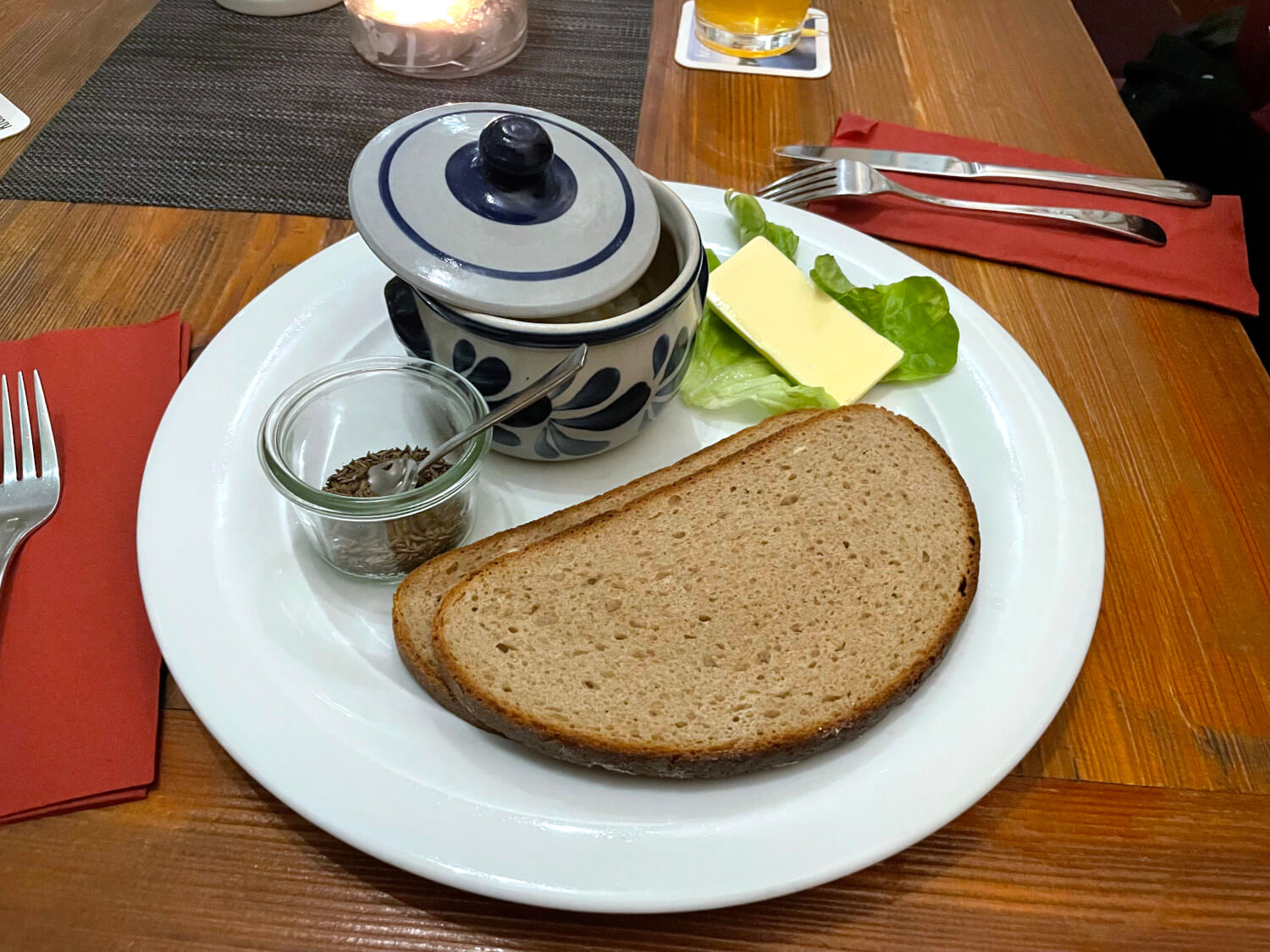 The Gallus is a neighborhood in Frankfurt am Main and is located between Bockenheim, Griesheim and the Bahnhofsviertel. It is therefore virtually the gateway to Frankfurt and very well located, not only because of the trade fair. We wanted to get to know the neighborhood even better and set out to discover the various culinary options. To do this, we moved along the beautiful Frankenallee, which could be exemplary of life in Frankfurt, and enjoyed one or two delicious meals.

The Eintracht team from Frankfurt has been causing a sensation on the international soccer stage in recent years. But also the international cuisine shows its glamorous side in Frankfurt. Rumi’s is no exception. An Afghan restaurant with a cozy interior and great service. Named after the poet Rumi, who is described as a mediator between cultures, Rumi’s is thus the appropriate place for immersion in the Gallus. At Rumi’s, we recommend a homemade lemonade accompanied by an Afghan flatbread roll (naan) with lentil cream.

Fancy something a bit more sophisticated? Then head across the street to Eliá. The Greek restaurant here is in a more upscale class and is very chicly decorated. Eliá demonstrates that Greek food can be more than just bifteki with fries. The menu is varied without being overloaded. There is also a selection of cocktails and wines to round out the evening. Reward yourself and order the Kalamarakia and the Black Angus Gyros.

Skyline in view – plate in front of chest

A small highlight and a positive surprise for us was Talbub. Formerly a pure café with offers of, among other things, waffles. Offers the Talbub now also seasonal and regional cuisine and a weekly changing menu. Even entering is like arriving at a friend’s house. Very simply but finely decorated, the restaurant gives a feeling of coming home. Therefore, we do not recommend any particular dish, but simply stopping by.

What would a listing of restaurants and eateries be without at least one mention of a kebab joint? Right, not to be taken seriously. Therefore, we mention here with full conviction the Cetin Grill. Unfortunately, always open only until 23:00 at the most (for the late-night kebab afterwards, later opening hours would be ingenious), the Cetin Grill offers perhaps the best kebab sauce in Frankfurt (perhaps in the world). With seating inside and outside as well as a tea dispenser, the Cetin Grill is recommended for at least one visit (the others will follow on their own). At this point, many thanks to the always friendly colleagues behind the counter.

An absolute highlight is the Japanese okonomiyaki restaurant Konamon. Okonomiyakis are omelettes fried and served in pans. Thereby the dish means something like “what you want fried”. Since the Konamon is relatively small, it is advisable to make a reservation in advance (even on weekdays). The restaurant also offers other Japanese specialties such as Takoyaki (octopus balls) or Yakisoba (noodle dish). For dessert, we recommend the dorayaki (pancakes with red bean paste). Here preferably with matcha or sesame ice cream. The service is top notch and the food is always a delight. I especially like the ambience and the Nippon flair. Understandable, if you were influenced by Takeshi’s Castle, Takashi Miike and Takashi Okazaki.

The Maximilians concludes our little gourmet guide in the Gallus. Here, hungry visitors can expect home-style cooking and an ambience like grandma’s (meant in a positive way). There is no way around the schnitzel and a freshly tapped Pils. The Schnitzel have gained in quality and the food is always hot on the table. In summer, you sit on the outdoor terrace and have a view of Frankenallee. Less so in winter, but there’s plenty of Obstler to warm you up.

As an epilogue, there is still the Normalkneipe as a real original. As soon as you enter, you have the feeling that you’ve burst into someone else’s living room. The regulars seem to be slightly irritated to see new faces, and when we sat down at the bar, the last doubts that we might not have gotten lost vanished. A drink menu is not necessary. The taps already tell everything. In addition to the quota Frankfurt beer Binding, there are also Irish Pub classics such as Guinness and Kilkenny as well as Craft Beer. A great pub that embodies what a pub (public house) stands for: a place to get together and indulge in socializing. We’ll be back. Maybe we’ll get to join in on the Yahtzee game sometime.

In the mood for Frankfurt? Then read here what else there is to discover in Frankfurt.