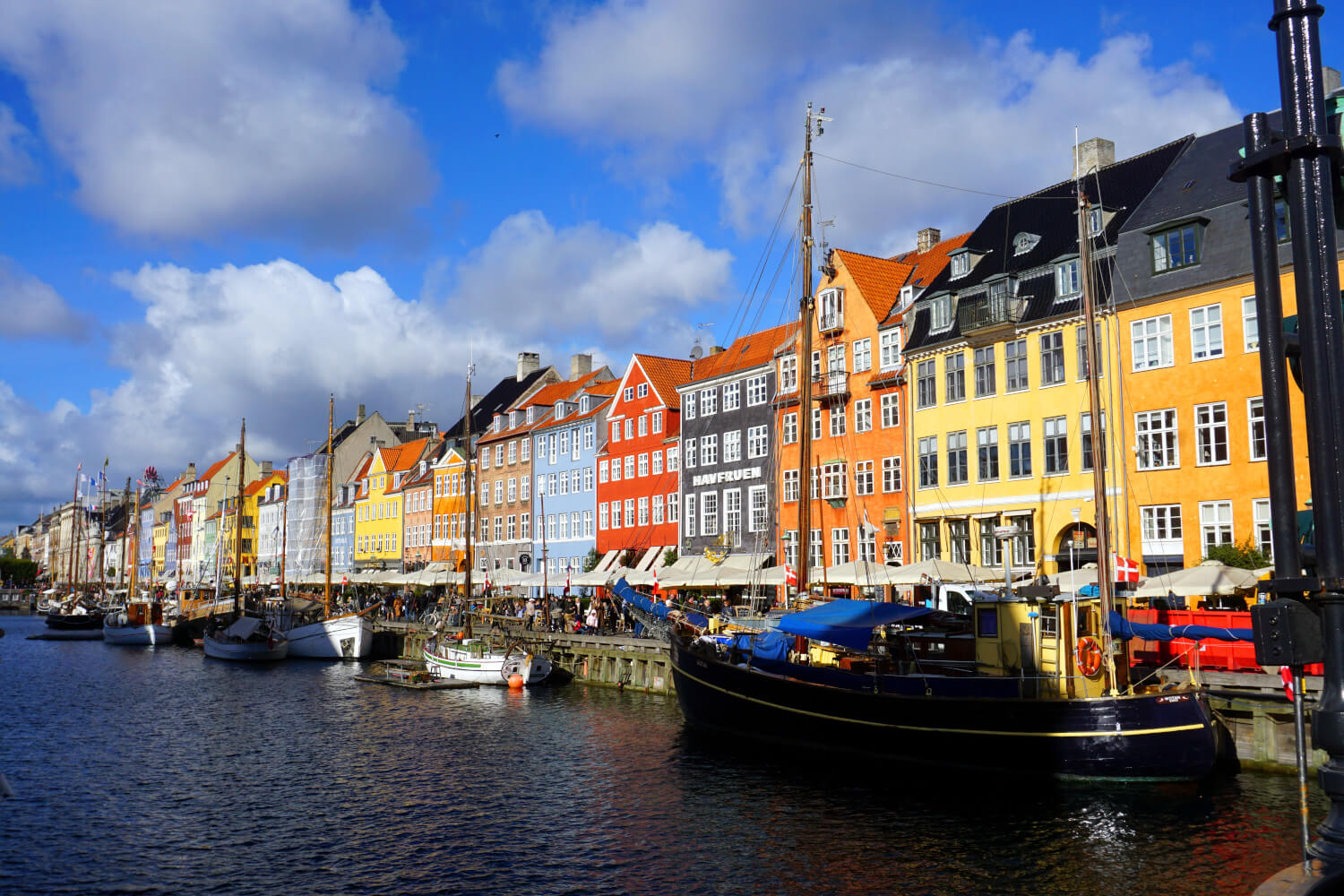 Copenhagen, the capital of Denmark, has been on our travel list for quite some time. The mixture of Amsterdam and London has always appealed to us and so we went on a short trip to this coastal city this fall. After our trip to Scandinavia and the Baltic States, it was time to head north again. Want to find affordable travel options? Than visit wanderu for more inspiration.

Arrival and first round

We were lucky this October, as the Corona restrictions in Denmark had been basically lifted. It was like a trip into the future for us without any distance, mouth protection or any kind of proof. Only after landing we had to confirm our vaccination status and we were done.

We took the metro to the Christianshavn district in about 15 minutes and then walked another 250 meters to our hotel, NH Collection Copenhagen. The hotel was a dream. Not only the rooms and the breakfast, but as always the location, which was important for us, left nothing to be desired. It is also still a relatively new hotel and thus the stay was super relaxing after our activities.

Fortunately, our room was already ready that morning and so we could briefly put our feet up and unpack. Then it was time to head out and explore Copenhagen. Copenhagen is best explored on foot. All major sights are within walking distance.

Our first destination was the former stock exchange from the 17th century. A striking and imposing building. Within sight of it is Christiansborg Castle. No less imposing is the Royal Palace with its tower and courtyard. We continued towards Nyhavn. Perhaps the central point in Copenhagen for tourists. The “New Harbour” was completed in the 17th century and today, with its colorful houses, represents not only a recognition value for the city, but also a shelter for locals as well as tourists with its numerous pubs.

Moving further north along the promenade, you pass Amalienborg Palace. The palace is popular for guided tours and is a highlight with the changing of guards by the Royal Guard. If the royal family is in their residence, the changing of the guard takes place at noon. Another highlight and symbolic figure of the city is the Little Mermaid. If there were no crowds of tourists in front of this relatively inconspicuous bronze figure, one could easily overlook it. Thus, however, Hans Christian Anderson has the appreciation of his eponymous fairy tale.

On the way back into town, you pass through the former residential quarter of the Nyboder navy with its long yellow row houses. Directly adjacent is Rosenborg Castle with its huge castle garden. The grounds are also well guarded. No wonder, since the Danish crown jewels are located in the castle.

We had now seen a lot on our round walk and it was time for refreshments. Our way led us to the Torvehallerne. A market hall with countless stalls and tasting opportunities. So we tried the world famous Smörrebröd. This is basically buttered bread, but tuned with all edible knickknacks. It’s a delicious snack that can’t be missed during a visit to Copenhagen. For every taste there is something to find in the Torvehallerne. So we enjoyed a bit of sampling before heading back towards the hotel.

For the evening we had already chosen and reserved a restaurant before we departed. Undici was to round off our first day in Copenhagen. Twice the brilliant menu of the day with ingredients that I have never tasted in my life (I think at least). Add to that a bottle of red wine and la dolce vita was at its peak in the middle of chilly Copenhagen. Sometimes life can be really sweet. With the Undici we had the perfect end of the first day. Two more should follow.

The next morning we went to Vor Frelsers Kirke before breakfast. We had a climb ahead of us. The special thing about this church is the tower and the outside staircase. Therefore, an ascent is only possible in good and dry weather. Rarely have my knees trembled as they did during this climb. Halfway up, our number of participants halved. Nevertheless, one of us had to make it. And so it was. While part of the vertical path is still inside, at some point you squeeze out through an opening. After that it goes up in a circle and the path gets narrower and narrower. The goal is to touch the golden dome – pure thrill.

We planned the rest of the day for the Tivoli. While we were on the subject of thrills. Opened in the 19th century, this amusement park in the middle of Copenhagen’s city center is another feature of the city and well worth a visit. We were there for the Halloween days and experienced a fairytale day. Especially in the evening hours, when the outdoor lights came on, the park was simply fascinating. From duck shooting to bumper cars to brutal roller coasters, everything is there (and more). Take your time and leisure. Even those who don’t usually visit amusement parks will have fun here.

For the evening we had also arranged a restaurant in advance. In the trendy Ködbyen district behind the central station, Fiskebaren rounded off our day. Great fish dishes are served here in an appealing ambience. We had an unforgettable evening. Life can sometimes be not only sweet, but also expensive. But here, every penny was well spent.

Raisins are for picking

We start our last day in Copenhagen with a little exploration of Christiania. Since the seventies, different rules have prevailed here and the Danish authorities stay out of this alternative housing community. Except for an oppressive feeling, this neighborhood gave us nothing. Cameras are not tolerated and the shady characters running around there don’t seem very tolerant either. For us, Christiania is definitely not a must-see during a visit to Copenhagen.

There are more beautiful corners and places that deserve much more to be visited. Thus the Round Tower (Rundetarn). The Round Tower offers a step-free ascent via its curved ramp (the so-called snail walk). Since the 17th century, this tower has been used as a library, observatory and viewing platform. Today, exhibitions and events are held in its premises. A worthwhile visit – even with a camera drawn.

From the central square Amagertorv we walked along the busy shopping street Stroget. Our destination was the Central Hotel & Café in Frederiksberg. Why? This hotel has only one room. That’s what tourists like us dig. Unfortunately, the café was already closed and so we headed back to our hotel. The evening was coming and we had booked a final highlight.

Copenhagen is known for its strong jazz culture. Therefore, on our last evening we visited the Montmartre Jazz Club. Here we were entertained by a concert of Jan Lundgren and Hans Backenroth as well as their interplay on piano and bass. Life can sometimes sound good improvised.

On the day of departure, we went on a detour to Kulturtarnet. A café on Knippelsbro Bridge in front of our hotel. If you want to know why Copenhagen is so special and worth seeing, you simply have to enter this copper tower. In just a few square meters, culture, history and style are revealed to the visitor here – authentic, charming and inviting. Thank you Copenhagen.