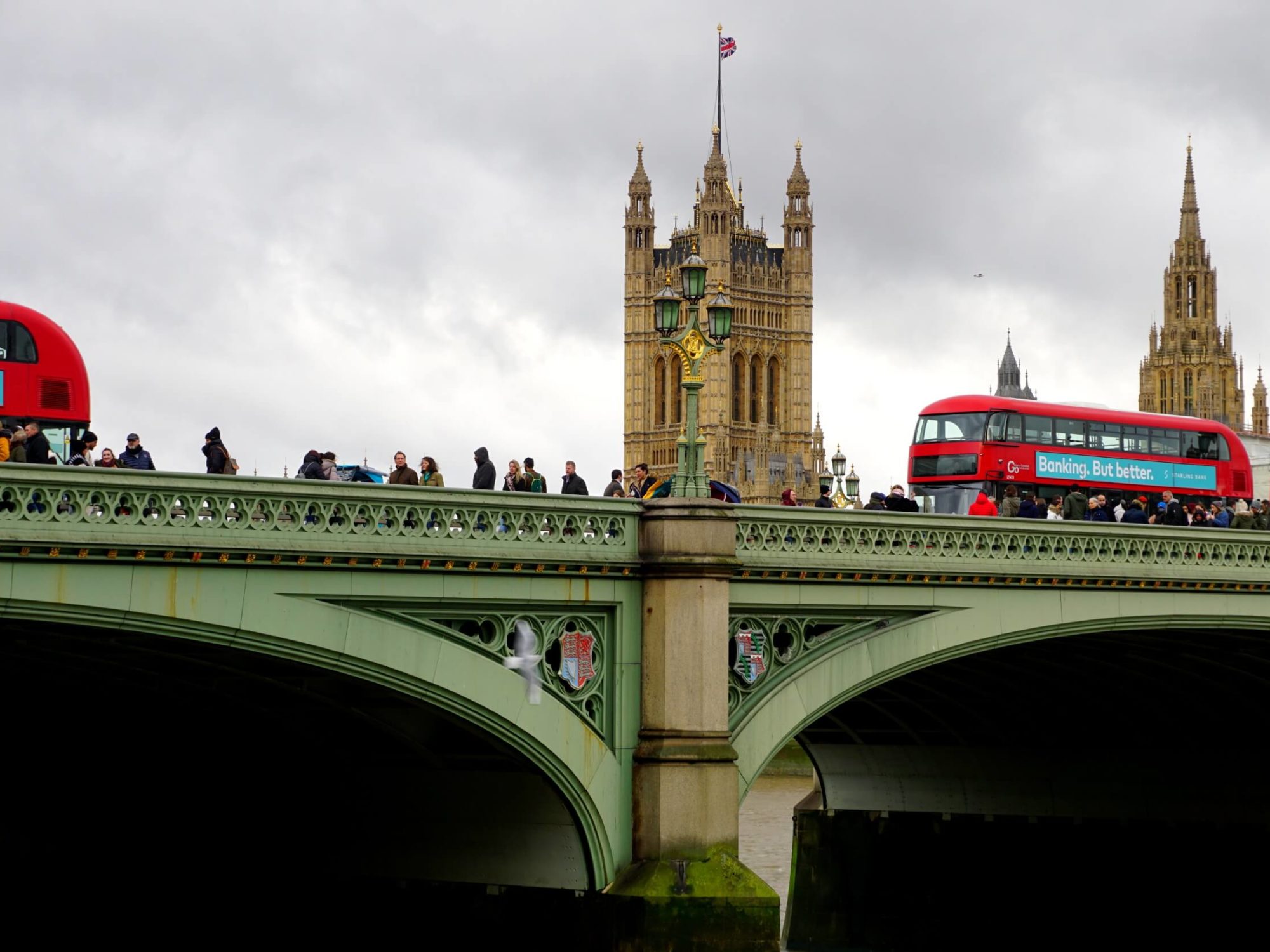 A Weekend in London

The referendum regarding the withdrawal of the United Kingdom from the EU in 2016 happened almost three years ago. The question is now when does the UK leave the EU for sure? Which effects will follow the Brexit? What happens in London? What are the effects of the Brexit on travelers? We did not want to wait until the political situation is resolved and took the chance of a free weekend to travel to London. London has been on our travel-list for quite a while now so the right time has finally come.

Our accommodation was located west of London’s city center, in Kensington. It was far enough from the city center to be affordable but close enough to easily get to all the sights. To be exact, it was the Ibis Styles Hotel that we stayed at. This hotel offers all you need for a short city trip – but do not expect more than that as a guest.

We arrived late at night and after our first night, we started early the next morning towards our first destination – The London Dungeon. We decided to start our trip with a different kind of a history lesson and already ordered our tickets online beforehand. Unfortunately, we have to say that this sight was too busy and the guided tour a little slow, so in the end it was not really worth it. There is so much to see in London that The London Dungeon can be confidently neglected.

Right across from The London Dungeon you will find the London Eye. Since this was our first visit to London a ride on that huge Ferris wheel was obligatory. Again, for this sight, we recommend ordering tickets ahead to safe time when you get there. We ordered a combination-ticket for The London Dungeon and the London Eye. After a rather long time in line (try to not plan this sight for a Saturday) we finally stepped into one of the cabins and enjoyed one round with a great view on Westminster Palace, Big Ben, the Thames and over the roofs of town. A recommendable option to start out the city trip and get an overview of the town.

We walked with the masses towards Westminster Palace, Big Ben and Westminster Abbey. All those landmarks can be easily reached by foot and offer magnificent motifs for your camera. After a little mid-day snack, we proceeded towards the famous Buckingham Palace. The residence of the royal family is even more impressive when you stand in front of it. Definitely worth visiting.

As a visitor you should also not miss the two most famous intersections of London –Trafalgar Square and Piccadilly Circus, which has Europe’s largest advertisement video screen. The rainy and stormy weather that weekend did not stop us from walking to China Town afterwards. Numerous shops and restaurants awaited us there. Despite of the bad weather, the town was busy and the use of our senses reached its boiling point here.

It was time to go back to the hotel and look for a dinner-location. Transfers between the sights, the hotel and the airport were smooth and trouble-free because we used the world’s oldest subway – the London Underground – also called the Tube. This was an experience in itself. Directly after landing at the London Heathrow airport the first day we purchased the Oyster Card on a machine of Transport for London (TfL). We can highly recommend getting the Oyster Card for practical and trouble-free transfer in and around London. The card costs £5 and after putting an extra £20 on it you can “move” around London without worries for about 3 days. The value of the card as well as unused credit are refundable. Since the card does not expire we decided to keep them. The advantage of the Oyster Card is that it is not restricted to certain zones or types of transportation. So, if you plan on checking out the outer bounds of London there is nothing holding you back. A little investment that is definitely worth every single penny.

For dinner we went to The King’s Head which was located within walking distance to the hotel. Food and beer tasted great and the service was outstanding. Other than that, it was not as crowded as the pubs downtown. On our way back to the hotel we took a little detour to look at 153 Cromwell Road or rather the red door of Alfred Hitchcock’s old house.

The upcoming Sunday Morning was very windy so we took the tube to the Emirates Stadium Tour. When visiting the motherland of soccer, it is a natural choice to visit a stadium. There are multiple options around thinking of the numerous teams. We chose Arsenal London and their home arena. The tour is strictly linear and leads you through the different parts of the stadium. Starting at the Presidents entrance, through the VIP boxes and the player’s tunnel, the interview rooms and the changing rooms. The visitors get a great look inside the stadium and the Arsenal World during this entertaining audio-guided tour. A pleasant and well-prepared tour awaits the soccer fan as well as the neutral visitor.

To strengthen up after the tour we went to The Paternoster in town. In general, all bars and pubs are very stylish and cozy. Two sandwiches and three beers later we headed towards the Queens Head Passage. From there you have an exceptional view through the alleyway onto the dome of St. Paul’s Cathedral. A light rain did not stop but we kept walking towards the Tower of London and the famous Tower Bridge.

Highlight of the day, literally, was the visit of The Shard. The highest skyscraper in the EU offers a great view over town. We planned the visit beforehand and bought our tickets online so we could just go there and ride up for sunset and the look of London by night. It was amazing. Totally recommendable! For dinner we chose The Blackbird, a typical London pub. And who does not like burgers and beer?!

Our return flight was scheduled for the evening, so we could really use our third day completely. It almost seemed like we were supposed to keep London at its best in our memory because that last day was super sunny and friendly. We started the day with a short trip to the Hyde Park. And really, this park does not need to hide from New York’s Central Park. Regarding the area, the Central Park is twice as big, but you will not have trouble spending a whole day in Hyde Park for sure. Afterwards we checked out Harrods (can you really say it is just a shopping mall?!) before we headed towards Notting Hill.

Notting Hill or rather Portobello Road with its countless shops and markets on different days of the week has its own special charm. That day, a part of the road was closed off because of a movie shooting. How suitable since this part of town got really famous for the movie with Hugh Grant and Julia Roberts. We did not stay in one place for a long time but walked along the lively road and enjoyed this sunny day, capturing our lasts impressions of London. Before leaving Notting Hill we had the best coffee ever. Where? At the Goldborne Deli. After that it was time to head home. London, no matter if Brexit or not, we will see you again.