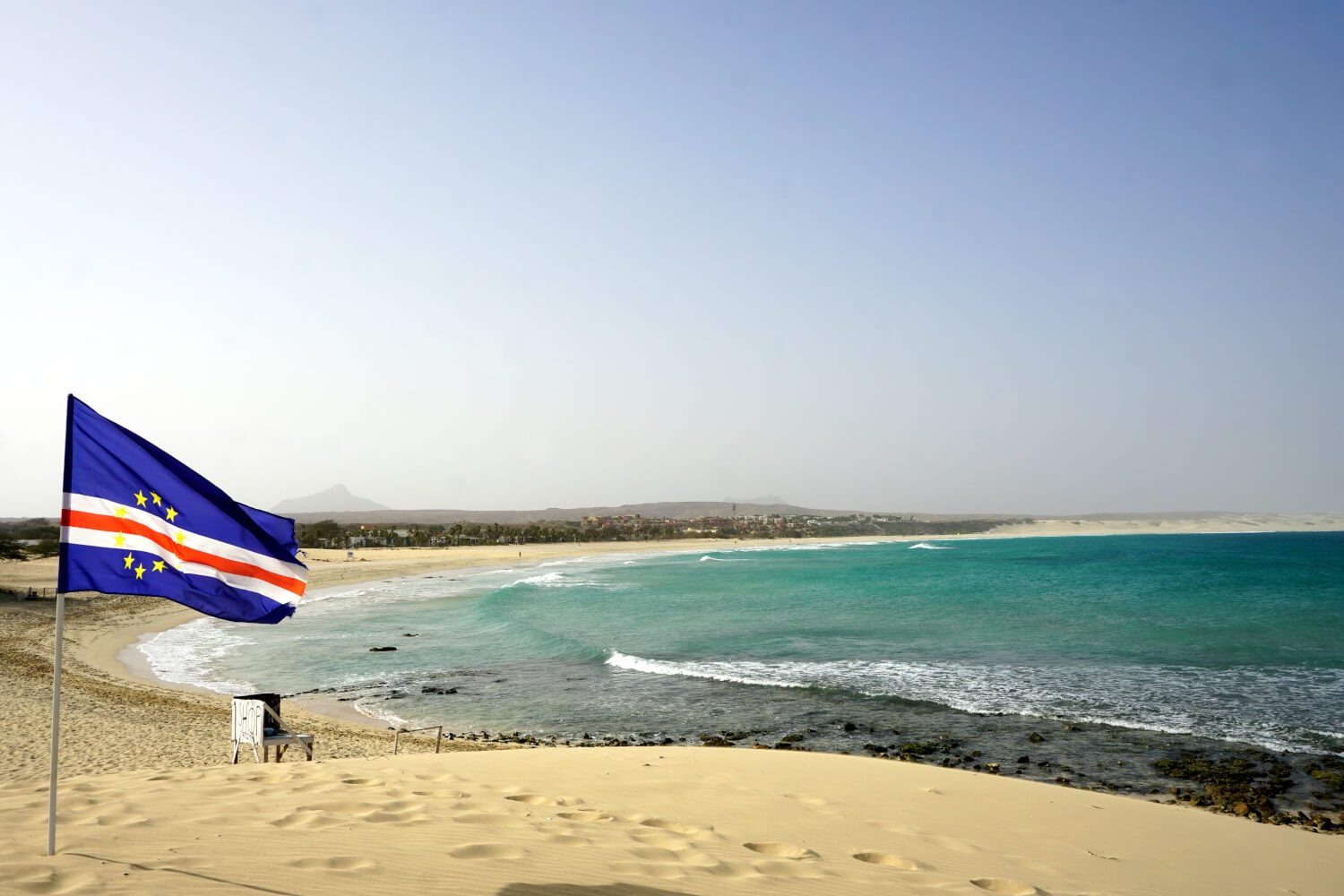 Spring in Germany – or rather late winter – means for us to quickly leave and into the sun. This time we went to Cape Verde off the northwestern coast of Africa. The island of Boa Vista became our destination for a week of vacation with lots of sun, beach and sea as well as a breeze – a constant breeze.

When we were considering possible destinations, Cape Verde quickly came into our field of vision. Because we got Caribbean conditions and summer weather more or less within reach with a flight time of some six hours. Furthermore, Cape Verde became more and more interesting for us the more we investigated it.

Cape Verde consists of 14 partly extremely different islands or island groups of which nine are inhabited. In detail these are:

Enthusiasm quickly arose in us and we had a round trip in our mind’s eye. Cape Verde is perfect for adventurers like us and for island hopping. But where did we finally end up? At TUI’s all-inclusive hotel! Why? Because the grains in our life hourglass are limited and so are the coins in our wallet. So we opted for a week of relaxation instead of total conquest of Cape Verde.

But why Boa Vista of all places? First of all, the main reason was the availability of all-inclusive hotels. In the end you can choose between Boa Vista and Sal. The sights and experiences described below attracted us to Boa Vista before our trip and confirmed our choice after the trip.

We booked our trip with TUI and had an all-round carefree package with flight, transfer and hotel accommodation. There is nothing to complain about here. Everything went smoothly. Our hotel was the Riu Palace Boavista. The hotel complex left nothing to be desired and scored particularly well due to the neatness, friendliness of the staff and the rich and diverse food. Simply the perfect accommodation with everything you need.

A beautiful private beach was complemented by three pool areas. There was a bar at each pool for drinks. During the day, there were other bars and restaurants as well as cafes to choose from. In the evenings (please book well in advance!) we had a choice of three more themed restaurants (in addition to the standard restaurant). For me as a buffet hater, it was a blessing to be served at the table. Of course, the animation program during the day and in the evening was not to be missed.

Normally we are not enthusiastic about such things, but at the Riu Palace it was so pleasantly unobtrusive that it was a pleasure to participate (or just watch). At least we made it to the podium at the Kahoot! flag quiz and at the karaoke we provided German quality against the British.

Boa Vista offers enough sights for a week that the balance between relaxing in the hotel complex and getting to know and exploring a new country is in sync. And so we enjoyed our time by the pool, on the beach, and at the bar. Tasted the delicious food and burned at least a minimum of calories playing beach volleyball.

The constantly prevailing wind provides a pleasant cooling and drives away the annoying insects. At the same time, however, it can get fresh in the shade. You have to be aware of that. But since we had really hot days with a lot of sun, the wind was no problem for us and the temperatures oscillated between 24° and 32° in this first week of March.

The Riu Palace is located on the beautiful Praia das Dunas beach with nice fine sand. This beach on the west coast is worth walking south (burning more calories). Not far from the hotel is the Chaminé de Chaves. A chimney as a remnant of a former brickyard. A slight melancholy settles on the mind of the hiker, when here the transience of everything created by human hand is revealed to him.

If you feel like it, you can stay here at the Perola D’Chaves beach bar and sit back in the picturesque oasis. For all the other all-inclusive eaters, however, head further south. Along Praia de Chaves beach a vastness reveals itself that literally knocks you off your feet. Roland from the Dark Tower and the search for the door – we were in the middle of it. Fortunately, the crabs were not big enough to nibble on our hands and we returned with all 20 fingers.

A special highlight of our stay in Cape Verde and Boa Vista was the tour with Boavista Tour Fame, which we booked in advance via Getyourguide (tour name: “Boa Vista Island: Northwest & Deserto de Viana 4×4 Adventure”). We chose this tour because it was almost congruent with our desired destinations and sights.

No drugs – all nature

The tour offered by TUI, for example, did not quite meet our expectations and in retrospect this was the right decision. Because, while the TUI tour with packed minibuses in convoy made its way to the individual stations, a relaxed private tour in a pick-up with a great guide and a cool driver awaited us.

We left promptly at 09:00. We were picked up at the hotel and drove to our first highlight sitting in the back of the truck. The Viana Desert awaited us with its sand blown in from Africa. A great location, which is not only very photogenic, but also invites to some fun.

We continued to Rabil, the second largest town on the island with a good 1,200 inhabitants. Here we visited a local pottery. Here the guide showed us around and explained the manufacturing process of the goods produced there. Everything was relaxed, manageable and pleasantly low-key. Of course, we took a souvenir or two (a good tourist knows what a good tourist must do).

From Rabil, we headed north over a wild terrain on a theoretical trail to Praia da Atalanta beach. Here we were fascinated by the shipwreck of the Cabo Santa Maria, which has been lying aground off Boa Vista since 1968. Over the years more and more of the former cargo ship disappeared, so that now only the basic skeleton can be seen. Be sure to visit it while it is still there.

Easily overlooked and only discovered thanks to our guide, a dried out but still very well preserved turtle with head and shell can be found on the beach. By the way, the TUI tourist column also reached the shipwreck shortly after our arrival. A line quickly formed at a dune and I wondered what there was to see. Then I noticed the reason for the crowd: It was a fish that I had placed there shortly before for photo purposes, lost in thought, which moved the pack to queue. You are welcome. See you again at the bar.

It was time to move towards the capital of the island and so we arrived at Sal Rei. But before that we freed a couple who got stuck in the sand with their rental car. A rental car on Boa Vista is as useful as a pedal scooter in your own home, so you can save yourself the misery. Outside of town we visited the Chapel of Our Lady of Fatima. The chapel invites you to linger so surreally situated in this barren landscape. Two gunslingers in a duel would certainly be less conspicuous here than we, armed with our pick-up and cameras.

By 1 p.m. we were back at the hotel and thoroughly happy and completely satisfied with this wonderful tour. As I said, the sights are pleasantly limited to Boa Vista. At most, we could recommend a southern tour. The beaches Praia da Varandinha and Praia de Santa Mónica are certainly worth a trip. Actually, it’s crazy that mass tourism has hardly found its way there. Or maybe just a blessing.

Cape Verde and the island of Boa Vista fascinated us and ensured a great week’s vacation. The weather was perfect and the crowds pleasantly manageable. We got Caribbean conditions off the west coast of Africa and were impressed with the people and life there. It is pleasant to visit countries and cultures where the clocks tick differently (or not at all). We are not sad that it is over. We are happy that it happened.